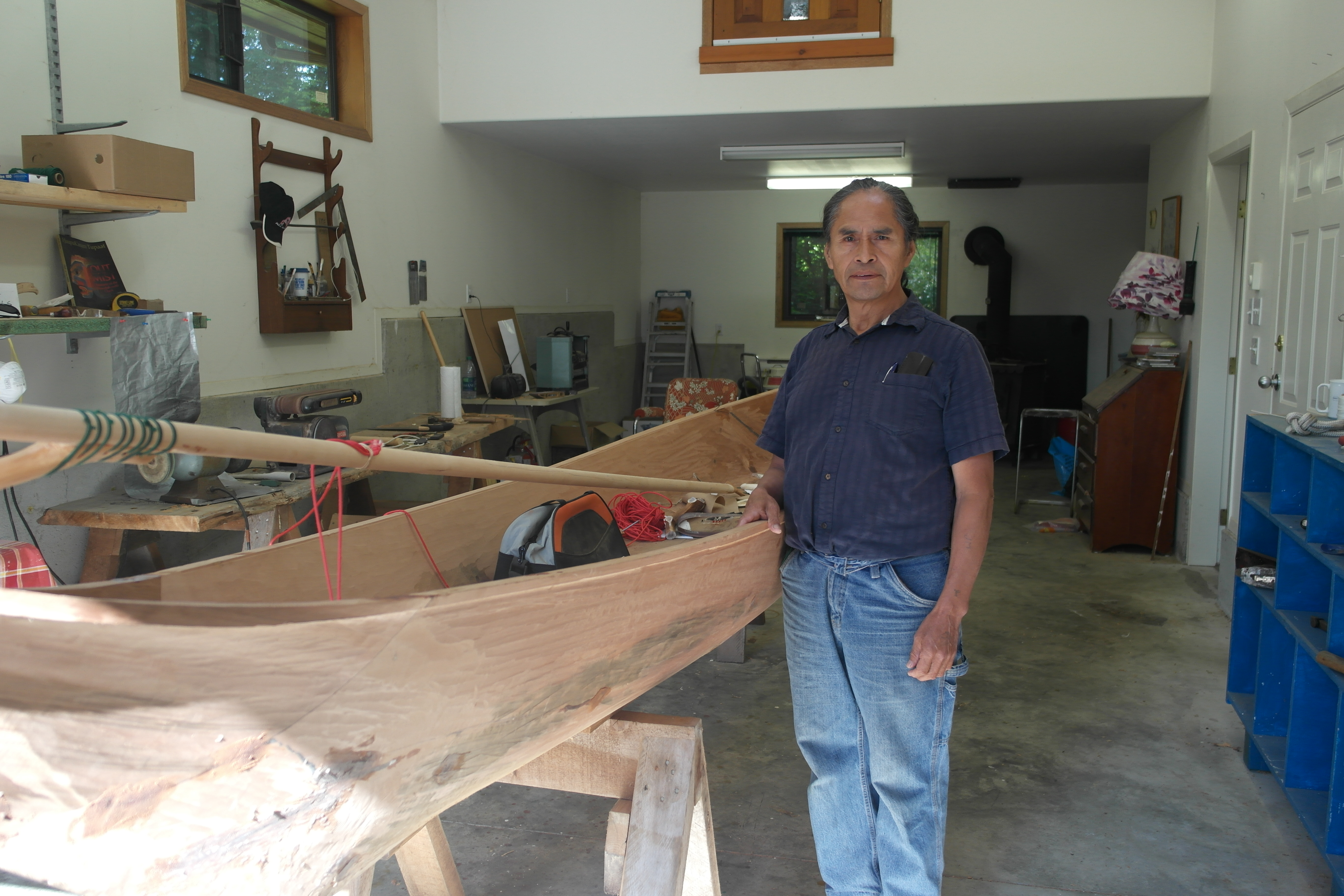 Joe Martin from the Tla-o-qui-aht Nation has lived in Tofino his whole life.  He is a master woodcarver, known for his dugout canoes carved from giant Western Red Cedar. While some are sold, gifted, or displayed across Canada in museums and galleries, others are still paddled by Joe and his family.

Despite the sunny weather and calm winds (a rare event in Tofino) Joe kindly agreed to speak with me before heading out on the water for a day of fishing.  Although he often goes as far as 45 km off the coast, today he is going to stay close to home and go maybe 4 or 5kms offshore.

Joe has fished the inlets, bays, rivers and open ocean surrounding Tofino since childhood. He knows the land well and can recount with amazing detail the ebbs and flows of wildlife in the region. When I ask him about fishing as a child with his father, he tells me about Tofino Harbour teaming with fish, Chesterman Beach covered in anchovy and sand lance roe, the many clam beds, and the flocks of seabirds on Cleeland Island.

However, the effects of overfishing, logging, mining and urban development on the ecology of the region have been acute. Once a commercial fisherman, Joe abandoned the vocation when it became impossible to make a living off the ocean. While tourism has cushioned the blow for many fishermen in Tofino, he worries about the economic impact of declining fish stocks for the remote Indigenous communities in the area.

Today, Joe is particularly concerned about the proliferation of fish farms and their impacts on wild salmon. In 2012, the House of Commons passed omnibus bills C-38 and C-45, weakening the Fisheries Act and repealing the Canadian Environmental Assessment Act. These sweeping changes to Canada’s environmental laws and weakening of fisheries protections have significant impacts for wild salmon and for people like Joe, whose culture and livelihoods are intrinsically connected to the health of the oceans.

Clayoquot Sound has one of the densest concentrations of open net-pen operations in BC.  Many, including Joe, believe in a precautionary approach to the development of finfish farms, and are calling on the federal government to enact strong environmental laws to protect wild salmon populations.  As Joe reminded me, it’s not only coastal communities that will be impacted by the loss of wild salmon. British Columbia owes its rich forests to the yearly salmon runs, which carry nutrients from the ocean up rivers and streams to the interior of the province.  Wolves, eagles, bears and other carnivores catch the salmon as they migrate up rivers and streams to spawn, depositing marine derived nitrogen into the forest environment.[1]

To stand with Canadians like Joe Martin and demand environmental laws that protect our local communities, ecosystems, health and economy, pledge to vote for a fair and sustainable Canada in this federal election. You can also sign our petition calling for an end to environmental law rollbacks, or write a letter to Prime Minister Harper directly and tell him that you demand strong protections for fish like wild salmon.